Who was St Barnabas? 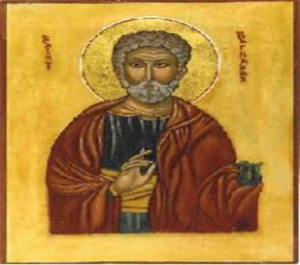 Barnabas was one of the very earliest followers of Jesus and a leader of the early church.

His story is told in the Acts of the Apostles and he is also mentioned in some of Paul’s letters.

Originally called Joseph, he was given his new name of Barnabas by those who knew him well, it means ‘son of encouragement’.

His new name certainly fits what we know of his character and actions.

Barnabas was willing to give from the heart

We first hear of Barnabas in the New Testament due to his simple act of stewardship and sharing. He sold land he owned and donates the proceeds to the church to be used to support the poor.

Barnabas was courageous in God’s service

When Paul came to Jerusalem after his conversion, most of the Christians there wanted nothing to do with him for they had known him as a persecutor of Christians.

But Barnabas, guided by God was willing to take a calculated risk on Paul.

He sought Paul out, spoke with him, and having weighed him up, vouched for him.

We owe much of our New Testament to the work of Paul and in his preaching and evangelism he was used by God in the creation of many of the early Christian communities. Imagine if Barnabas had not been willing to obey God’s call?

Barnabas was generous, compassionate and kind

On one journey they took a young man called Mark with them. This travelling ministry was tough and dangerous; they literally were risking their lives.

When Paul and Barnabas were about to set out again, Barnabas suggested taking Mark along again. Paul was against it, saying that Mark was not dependable. But Barnabas wanted to give Mark a second chance, and so he and Mark went off on one journey, while Paul took Silas and went on another.

Apparently Mark responded well to the trust given him by Barnabas, the “son of encouragement,” since we find that Paul recognises the change in Mark and later speaks of him as a valuable assistant.

Barnabas rejoiced in what God did in and through other people

Barnabas, who became one of the leaders of the Church was asked to help in the growth of a new congregation in Antioch. He didn’t arrive thinking he’d whip them into shape, instead we read, ‘he came and saw the grace of God, he rejoiced and he exhorted them all to remain faithful to the Lord with steadfast devotion.’

Barnabas called Paul over to help in this work at Antioch and both he and Paul grew in their faith and ministry. And the Church grew too:  a great many people became Christians – indeed it was here at Antioch that the followers of Jesus were first called ‘Christians’.

Born in Cyprus, Barnabas also died there in AD 61 when he was martyred for his faith.

We celebrate his life and example  particularly on  his feast day which is 11th June.

Click below to watch a video about St Barnabas

If you want to look St Barnabas up, try these Bible passages:

If you want to ask God to inspire your life and faith by the example of Barnabas why not think about these questions:

Barnabas was willing to risk everything to tell people about Jesus, he gave away money to help the poor and he invested in people and their faith and ministry.

What has God given you to be passionate about?

How are your personal gifts and strengths being used for God?

Whom do you see being excluded from the Church and from society?

Who are the people who like Barnabas support you in your continued growth in faith?